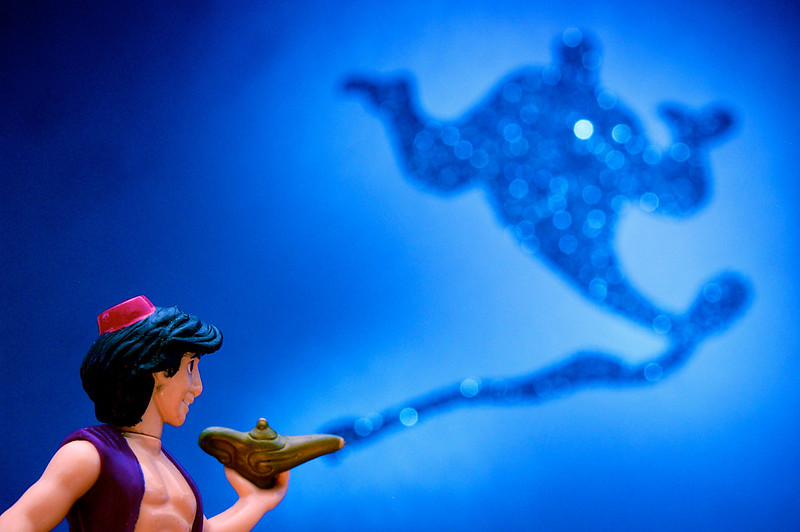 Since its inception, Disney has churned out 52 animated movies, with number fifty-three due out at the end of 2013. Many of the heroes, heroines, princes and princesses of the Disney universe are household names, and their movies line the shelves of many family homes. While the lead characters are often thrust into the spotlight, it is the sidekicks and supporting characters that often bring the comic relief to the movies and move the protagonists’ (or villains’) forward on their journeys. While there have been seemingly countless great sidekicks, here are seven of the best:

As servant to King Triton, Sebastian is a crab tasked with watching over the king’s youngest daughter, Ariel. Initially seen as uptight and a stickler for the rules, Sebastian tries to prevent Ariel from returning to the surface, thus endangering herself, just as a concerned parent would (but with the addition of a catchy song). When she ignores his warning, he tries his best to help her achieve her dream (again with the assistance of a catchy song) and risks his life to save her. His protectiveness and loyalty to her and her father are admirable, but he also provides humor and some of the most memorable Disney music.

The big, loveable bear that befriends Mowgli is an unforgettable character. He takes the young Mowgli under his wing—erm, paw—to teach him the ways of the jungle and how to live off only “the bear necessities”. He becomes a father figure and a best friend to Mowgli and protects him like his own cub. Most importantly, when the time comes for Mowgli to choose to live with humans or in the jungle with him, Baloo allows him to make the choice that is best for the boy, even though it means leaving him.

Jiminy Cricket is the personification of a conscience, and he is tasked with helping little Pinocchio lead a moral and honest life. He offers advice to Pinocchio throughout the movie (advice that sometimes saves his life) and guides him through his adventures. His loyalty is even more impressive than his morality, as he never abandons Pinocchio, even after the puppet ignores his advice. Jiminy embodies a great role model and is beloved by Disney fans around the world.

The humor of this film would not be the same without the much-adored Kronk. Although he is the henchman of villain Yzma, Kronk’s innocent and earnest nature allows him to be seen as a good guy. He is kind and polite to everyone he meets and tries to befriend creatures of all sorts. His loyalty to Yzma is only abandoned after several self-discussions between his angel and devil, which like all good animated characters, appear on his shoulders. Kronk allows what is right to win out over loyalty – a message lacking in all other Disney films. Not to mention, Kronk provides half of the humor for the film.

3. Timon and Pumba – The Lion King

The Lion King is one of Disney’s most successful films to date with several very catchy and award-winning songs and also includes a team of sidekicks that are truly memorable. Timon and Pumba adopt the exiled Simba and raise him together. Although each are flawed in their own way, they protect one another as well as Simba fiercely. They provide much of the humor for the film, but also assist with the battle for Pride Rock and saving Simba’s life.

The small dragon shines as Mulan’s guardian. Voiced by Eddie Murphy, Mushu’s huge personality and heart make up for his small size. Although he becomes Mulan’s guardian through deception, he eventually opens up honestly about the deception, shows remorse for it, and then helps Mulan accomplish her task to save China, despite the imminent danger. He assists her in shattering the preconceptions of women in Ancient China and plays an integral role in her success.

The Genie is one of Disney’s greatest characters. Voiced by the already animated Robin Williams, Genie’s enormous personality and comedic-timing steal the film. He goes above and beyond his genie requirements to help Aladdin win over the princess and overcome his street-rat status. Even after Aladdin follows through on his promise to release Genie from his imprisonment, Genie remains a loyal friend to the now prince. Add on the extremely quotable lines and fantastic songs, and you have an unmatched sidekick.