An architect from Manhattan in the US got the shock of her life when her boyfriend surprised her by proposing on a specially designed Boeing 727 which enabled the couple to experience microgravity as the plane plunged up and down. This was a present for her birthday, but it became a very special and memorable day as he proposed whilst the couple were floating in the cabin.

A couple were engaged when he made a memorable proposal by proposing to her at 20,000 feet, as they were about to jump out of an airplane to skydive together. Nothing like getting your heart pumping even faster while you’re all hyped and ready to jump. This is fast becoming a popular option.

A US man took his proposal to the extreme by spending a month hacking his girlfriend’s favourite computer game. When she reached a set score that he had placed, a ring dropped down with his romantic proposal. She now proudly wears a matching ring after saying ‘yes’ of course.

Sean Palmgren recruited family and friends to hold umbrellas in the park. Each umbrella had a letter, together spelling out the important wedding proposal. He took his girlfriend for a long walk into the park and on returning she wanted to see what everyone was doing with the umbrellas. As they neared, the family and friends flipped the umbrellas spelling out the magic proposal.

An industrial designer created an art piece on a 3D computer program spelling out his proposal to his long-time girlfriend. Asking her to look at the art through a strategically placed frame, he got on one knee as she read what the program revealed to her. 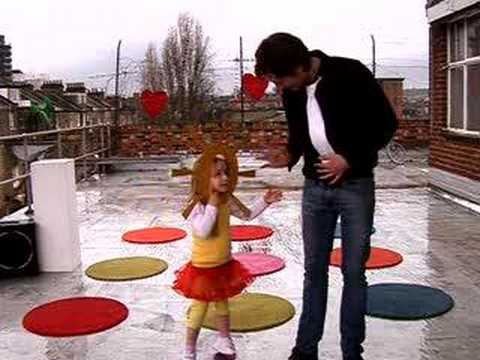 One of the most romantic, funny and different proposals is from a man who made a video on a mobile phone from the rooftop of his building. This unique proposal included friends and family and definitely tugs at the heartstrings.

7. Make a Movie to Propose 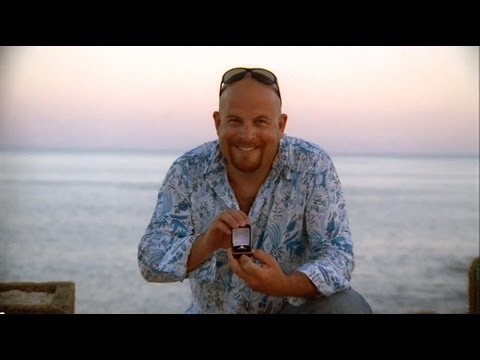 A man made a very special proposal when he wanted to do something so unique so that he was remembered. He had known his girlfriend for 14 years, so when he took her to the movies one Sunday afternoon, she had no idea that he had hired the entire cinema, filling it will family and friends.

They arrived late to ensure that she didn’t recognise anyone and the lights had already been dimmed, but it was when the trailers started that she was amazed. Everything in the trailer seemed to be what they had experienced in their lives from the horse-riding to the skydiving, but she was completely unaware it was in fact a proposal, until the very end.

A man and his girlfriend were firm favourites of the Halo computer game which led into a one of a kind proposal when he invited her to a two on two match. Once the game had started he led her to where he claimed to have left an energy sword, but in its place was his proposal all spelled out for her to see.

Surprise! Will You Marry Me?: Video on Oprah.com

Rand, a big Super Bowl fan, decided to make his proposal to his long term girlfriend very unique. His idea was to propose by taking TV advertising space during the Super Bowl. The price of the advert space was astronomical, so he found a way to raise funds on the internet and days before the Super Bowl he was able to take the space and do his once in a lifetime proposal.

This man took an unusual approach to his proposal by planning out an entire sketch which had her in tears, thinking he had done something wrong as actors flurry around them dressed as police. But, it isn’t until later, when the entire restaurant starts dancing and singing that she realises it was all an act.

Thanks to Ladbrokes Bingo for these 10 amazing proposals. Do you have an incredible story to share? Let us know in the comments.