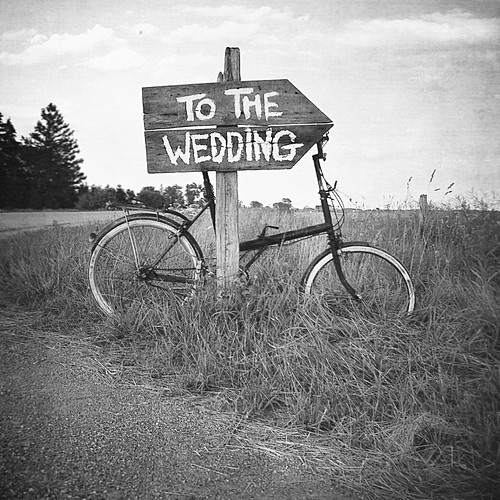 It is said that weddings are made in heaven. Sure, but heaven definitely didn’t send down a guide book on how exactly to carry out a wedding ceremony when it does happen. So apparently what we did is, over the years, we developed our own unique wedding traditions, rituals and customs on the basis of religion, myths, superstitions and what not, in order to carry out a wedding ceremony. In this regard, though marriage is a common phenomenon that happens all over the world, the ways in which it is celebrated is totally different across the globe. Every culture, nationality, tribe, and caste has its own unique, strange and some ridiculously bizarre traditions. Here are few tasters: 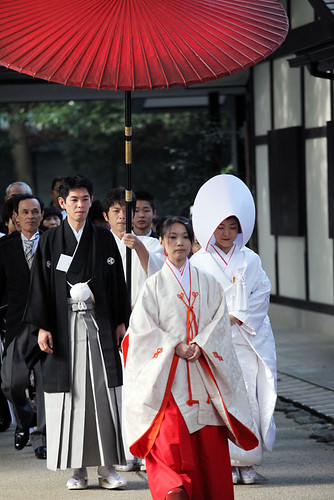 A traditional Japanese wedding happens at a Shinto Shrine, where a priest conducts the wedding ceremony. Okay this sounds pretty normal. However, it does get strange when it comes to the bride’s attire and the bridal make-up! Although westernized Christian-style weddings have become more popular in Japan during recent times, traditional Shinto weddings are also still seen around Japan. Traditionally, prior to the wedding, the bride is taken to a beauty parlor, where her face may be painted white (some brides also get painted white from head to toe), which apparently will connote her maidenhood. The bride also dons a white kimono and a rather odd-looking headpiece, which looks more like a hoodie, which essentially the bride must wear in order to conceal her “horns of jealousy” towards her mother-in-law, and convey her determination to be an obedient wife. Phew!

It happens only in India 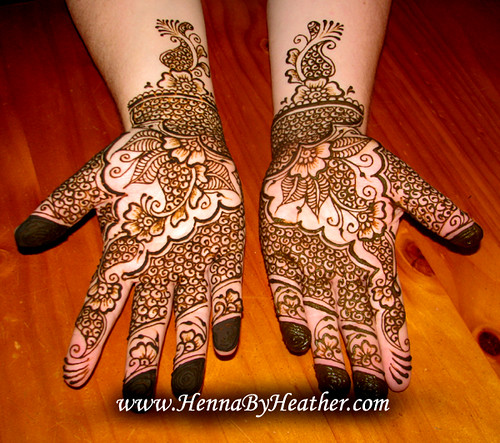 As far as strange marriage rituals are concerned, India has many to its credit. After the engagement ceremony, a mehndi ceremony takes place, where the bride, her girl friends and female relatives paint intricate designs of mehndi or henna on the bride’s hands and feet. Essentially, according to traditional beliefs, it is alleged that darker the color of the mehndi, stronger will be the bond of love between the bride and the groom. The occasion also includes singing of traditional songs and dancing.

Fancy wearing a wooden spoon around your neck as a pedant? Get married to a Welsh man! Legend has it that in Wales, a man often carves a spoon from a chunk of wood and may accessorize it with ribbons, beads, wheels and keys. The man then presents this love spoon to the woman he desires to marry and she wears it around her neck as a sign of their engagement. A pretty good substitute for an expensive diamond studded engagement ring, eh?

Want money? Have a spin with the guests!

Polish weddings follow a very unique and bizarre ritual where the bride dances for money, literally! An apron in pinned onto the bride’s wedding gown. The bride then dances with each of the guests, who in return place money inside the apron. This way, the bride goes around dancing with guests and collects money at the same time. The money collected can then be used by the newlyweds to cover their honeymoon expenditure.  Also, before the wedding, the bride is given a peculiar wedding hairstyle which has two braids instead of the customary single braid. This conveniently indicates a new step or a new beginning in the bride’s life.

So if you thought that a drunken groom or an extraordinary wedding theme or a priest who feel asleep during the wedding were the strangest things you saw on a wedding, the above traditions might make you want to re-think!

Vanessa Jane runs a business of bridal hair and makeup in Melbourne. She is an enthusiastic blogger and takes time out of her busy schedule to write about the nitty gritty’s of her profession. Her profession allows her to understand different cultures as she works with clients of all backgrounds and this is precisely what she intends to share with us through this post.